According to the Somali government, there are 200 Christians in Somalia. This is a lie. Somalian authorities want foreigners to believe that they are a Muslim nation and that the only Christians are foreigners, Somali-born descendants of foreigners, and members of the Bantu minority ethnic group. The true number of Somali Christians is unknown, but whatever it is the Muslim majority is intent on seeing it dwindle. In 2014, a convert in Nairobi was thrown from a fourth floor balcony after Muslims learned that he left Islam for his Christian faith. Underground Somali churches cannot worship openly as leaving Islam is a crime punishable by death. The persecution of Christians is a reality that the international community has acknowledged, but done little to remedy it. Somali Treasures is a resource intended to aid the church in Somalia. It is an electronic resource library that can work on phones, projectors, and personal computers. Along with printable resources, Somali Treasures has discipleship and evangelistic books, movies, and (more importantly) the Bible in audio and video format, basically everything a Somalian church materially needs to grow and flourish. 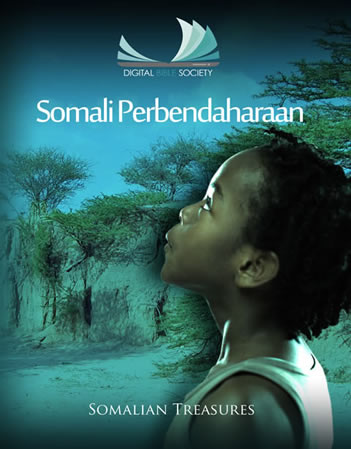