Covering one eight of the world’s landmass, and extending across nine time zones, is the country of Russia - the motherland of some 143 million people. Because of 70 years of Marxist rule, most everyone shares one common language – Russian.

Since the 1991 breakup of the Soviet Union, the Russian language continues to connect a federation of 15 nations and is spoken by some 300 million people. However, ethnic languages are becoming more and more prominent as groups resurrect their own suppressed identity and reject the Soviet legacy, especially in the southern Caucasus and Central Asia.

In spite of new religious freedoms, resources continue to rank among the greatest need of the Russian believers. In order to reach the goal of distributing \every available digital resource in every language to every nation\" The Digital Bible Society has compiled Russian Treasures a digital library with Russian Bibles audio Scriptures study tools commentaries books video and audio resources. Future releases will incorporate resources for discipleship evangelism leadership training as well as additional languages serving the Caucasus and numerous Russian Federations. 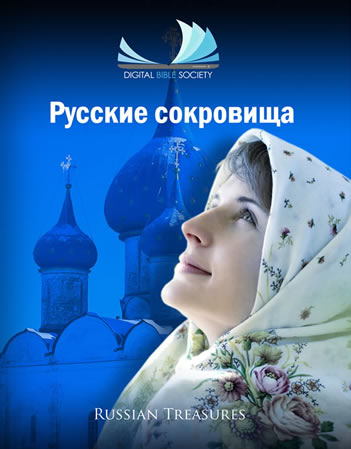