Iran, located at the heart of the Eastern world, is home to the world’s oldest civilizations richest cultures and, as of 2012, now, 75 million people. Iran (also known as Persia) was once a Christian nation but with the 7th century Islamic conquests and centuries of invasions, wars, imperial turmoil, and persecution. By the 20th century, Iranian churches were virtually non-existent.

After the Islamic Revolution of 1979, the nation of Iran took a turn for the worst. Civil liberties became nonexistent, and a once proud people were reduced to living under the tyranny of Islamic nationalism. That was thirty years ago. The original revolutionaries are now disillusioned with the system they helped instate, and their children are now rioting in the streets. Reports are coming in that Christianity is exploding with millions of believers now meeting across Iran in secret for fear of the regime.

Persian Treasures, the second library created by the Digital Bible Society, is intended to serve this movement. The compiled work of over 20 organizations, Persian Treasures provides a vast amount of resources and is available in libraries of 4 to 32 GB micro SD chips (or DVDs) and provides Persian Bibles, full commentaries, evangelism, discipleship, leadership training, children's, teen, and family resources, as well as worship resources, and a growing number of minority Bibles, videos and gospel recordings. 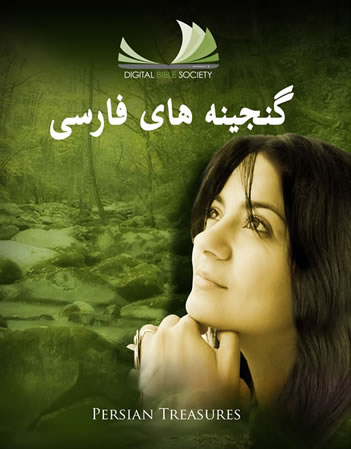