The Malayalam Treasures Library is a free-to-copy resource that consists of Bibles in text, audio, and video, as well as biblical resources created for the Malayali people of India and worldwide. It contains material from multiple orginizations.

Malayalam is a Dravidian language spoken in the Indian state of Kerala and the union territories of Lakshadweep and Puducherry by the Malayali people. It is one of 22 scheduled languages of India spoken by nearly 2.88% of Indians. Malayalam has official language status in the state of Kerala and in the union territories of Lakshadweep and Puducherry (Mahé) and is spoken by 37 million people worldwide. Malayalam is also spoken by linguistic minorities in the neighboring states; with significant number of speakers in the Nilgiris, Kanyakumari, and Coimbatore districts of Tamil Nadu, and Kodagu and Dakshina Kannada districts of Karnataka. Due to Malayali expatriates in the Persian Gulf, the language is also widely spoken in Gulf countries. 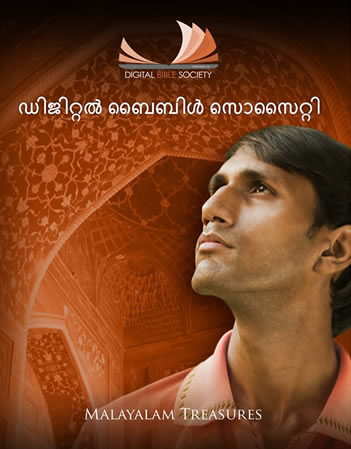