Indonesia, with some 240 million people, is the 4th most populated country in the world. It is also one of the most unreached. Almost 90% of the archipelago nation is Muslim. This itself has caused conflicts between Christians and radical Islam. Forced circumcisions, rapes, and attacks on Christians across Indonesia are commonplace and the attacks are sometimes government sponsored.

Indonesia has also joined the digital revolution. Seventy-five percent of the middle class has mobile phones and over 200 million Indonesians have Facebook accounts. Meanwhile, Christian resources are nearly non-existent and reports are that underground church is growing rapidly. Indonesia is ripe for digital evangelism to be sure.

The Digital Bible Society has launched the Indonesia Treasures with Indonesian Bibles and study tools, commentaries, films for evangelism, children, teaching and training, and a host of audio resources for free distribution to this access challenged nation. Future plans are to build in an increasing number of minority language Bible and resources so that none in Indonesia need live without God’s Word. 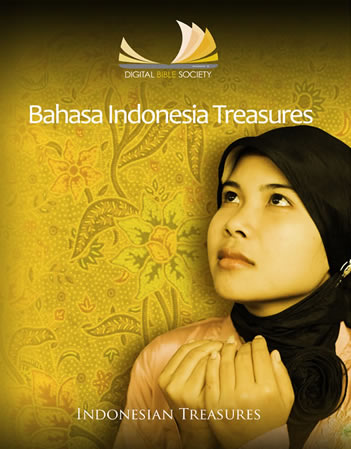