After more than half a century of civil unrest, cruel military rule, unspeakable atrocities, and displaced people groups, we are witnessing a crack in the door of this isolated country. Myanmar, with its 142 recognized people groups speaking 131 different languages, is fractured on political and ethnic levels. 54 people groups remain unreached, and Christians continue to be ruthlessly persecuted. Nevertheless, the Church is growing and the number one request is for Bibles and Christian resources.

The need to equip Myanmar's millions is imperative. The Burmese Treasures library of digital resources launches this multi-ministry effort to equip believers with a tool that can be shared and distributed on devices such as personal computers, tablets, smart phones, and Mp3 players. Burmese Treasures contains bibles, the Jesus film in two languages, the Hope Video, the Story of Jesus for Children, literacy tools, and a variety of Gospel recordings for inspiration, teaching and evangelism. 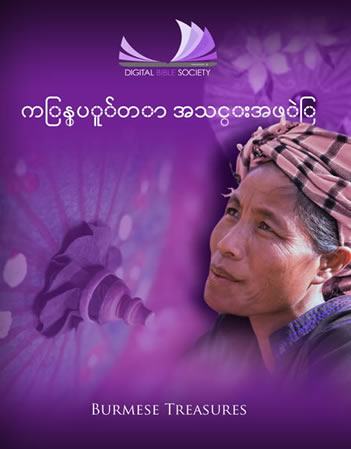